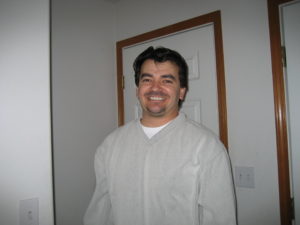 After years of running a successful service business Justin realized what an online presence had done for his business. Knowing the general public needed his help and also knowing how many professional SEO companies there are out there that actually have little knowledge Justin set out to make a difference. Search Engine Optimization isn’t easy to do and it isn’t something you can watch a couple youtube videos and learn. It takes years of testing and many more years of practice. Justin has gone through more failures with SEO than he has successes. That is what made him the SEO professional he is today. Everyone in the business makes this same claim. What makes him different than them you may be thinking to yourself? One word – Proof… If someone is claiming they are good at something like Poker or say a physical sport like football, it’s easy to figure out if they are telling the truth. Pull their track record. If they were good at football then they must have gone to college. Really good, they probably played professionally right? Well it’s the same with SEO. If they are good they will have not just one or two good rankings but they will have a sea of top rankings. Justin can provide you with hundreds of examples showing his online domination in several different niches including SEO, which by the way is one of the hardest to rank for. 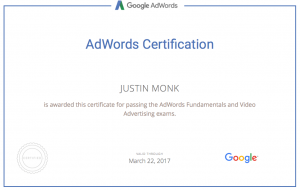 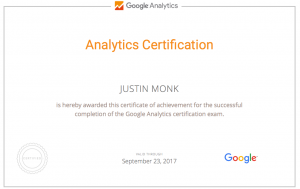 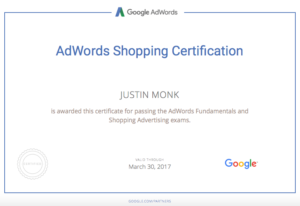 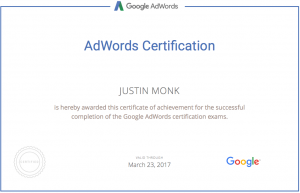 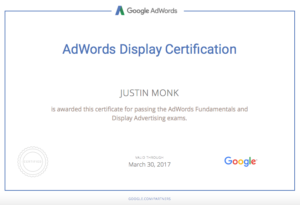 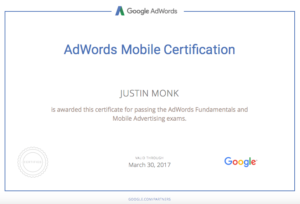 Justin started out back in 2003 building a window cleaning company the hard way. Beating the pavement and word of mouth. In 2011 he realized more and more people were using the internet for everything. I know, a little late to the party huh? So he put down a couple thousand dollars and had a website built. It was a beautiful looking site but it still wasn’t producing any leads. Justin went back to the web designer and learned he would need something called SEO. S E what he asked? SEO, Search Engine Optimization the web designer told him, it’s what makes google like the site enough to show it when people search.

After shopping around and getting several bid proposals Justin realized there were quite a few experts in this field. Almost everyone he spoke to made this claim. So it seemed like an easy decision to make, pick the company that seemed the most squared away. Justin chose a local company and signed a contract for approximately $900 per month. Being promised results after six months it seemed like a no brainer decision.

Nine months and a load of money later the frustration set in again. The website was still on the second page and had been for a long time. Going back to the SEO company wanting answers, Justin was told this kind of thing takes time and could be another year or two. He saw through this and realized he would need to learn it himself. This was probably the best thing that could have happened as it forced Justin to dig deep, study and figure it out.

The winter of 2011 he dug down and by spring had his site ranking first page for most of the keyword search terms. Over the next couple years Justin’s SEO skills were honed and adjusted with every google update. Building several more sites and doing a lot of experimenting a little light bulb went on. People need this service and to be honest most of the company’s offering it aren’t doing it correctly.

In 2015 Justin partnered up with another business owner which had his own success with SEO for his company. What makes Justin’s company different from all the rest is this. We have hundreds of number one rankings on google as proof we know what we are doing. If a company can’t rank themselves for their own keyword, how in the world are they going to rank a paying customer like you. Or if they can’t show examples of customers they have successfully ranked on google, there’s something wrong here.

We have numerous #1 rankings which we can prove by showing you. If you look them up, you’ll find them ranking just as we say they are. The biggest thing is to do your homework and don’t believe everything you hear. Ask for these so-called experts to show you proof. Another thing to watch out for are some web designers claim to be professional SEO’s. Think about it, if you hired a professional plumber and he showed up confusing you with a different customer, with his ladder and painting tools in hand, what would you think? A Jack of all trades usually isn’t a good thing. I prefer going with someone who specializes in their specific niche. Web Designers are probably really good at what they do, but SEO is a totally different skill. Another example would be like a heart surgeon being expected to perform plastic surgery. You work hard for your money, spend it and your time wisely.