Missoula, MT was first inhabited by Indians Americans from the Salish tribe. They used to call it “Nemissoolatakoo” this is where the name “Missoula” was derived. This name can be described as “river of ambush”. It was named that way because of the inter-tribal war that existed those days. The first time the Indians met the whites was in 1805 when the Lewis and Clark expedition came through the Missoula valley. The Indians welcomed them well and treated them with respect; they did this not only to Lewis and Clark, but to other settlers who came to Missoula later. 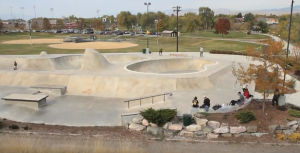 It was not until 1860 when the whites decided to settle in Missoula. It is also important to note that DeSmet, a Jesuit priest opened a mission south in the Bitterroot Valley in 1841 but the Europeans settled here in 1860.

In 1860, Francis Worden and Christopher .P Higgins opened a trading center that they called the Hellgate Village. Later they built a flour mill and sawmill, which they called the Missoula Mills. The name Mills was ultimately dropped, leaving the town with one name only, Missoula. As mentioned earlier, Missoula was derived from the Salish name “Nemissoolatakoo”. 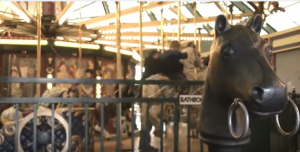 Christopher P. Higgins and his business partner F.L Worden had hopes that Mullan Road and railway roads that were planned to be constructed in the near future would pass through Missoula Valley. Their prayers were answered and Hellgate was announced to be Missoula County in 1860. The first post office in this region was established on 25th, November 1862 and Francis L. Worden became the first postmaster.

With this the town of Missoula became a reliable trading center, distributing various produce and grains grown in the valley to other parts of the country. Due to the quality of their produce, Missoula was nicknamed the garden city. The city produced plenty of grains and there was enough food to feed the locals and sell to other parties. Missoula supplied their produce to many of the lumber towns and mining towns in western Montana.

With the continued success of the city, businessmen R.A Eddy, E.L Bonner and A.B. Hammond founded the Missoula Mercantile Company in the early 80s. Missoula, MT history continued to grow because of two other factors. First, there was the inaugural of the University of Montana in 1895, which promoted higher education to the people of western Montana. Secondly, Missoula was promoted to be a regional headquarters for the United States Forest Service in 1908. In addition, the Aerial Fire Depot was established in 1954. Other huge industries were established in Missoula and the city’s economy continued to grow. In 1956, the first pulp mill was established and it became a major employer in Missoula, MT history.